Temprous: Temporus began as a simple experiment in 2D shooter technology. It quickly evolved into a full scale 2D platformer with shooter aspects. You will help command a team small team of survivoiors on the day they discover the entire species has been eradicated. How could this have occured? Who is responsible? Explore, fight and discover the truth. Find hope in the darkness and get revenge.

EvolveUs: You are tasked with training the forest creatures to grow! Do battle with magic tiles and teach the monsters to evolve! This game is a traditional tile game with aspects of monster hunting and rpg. Level up your character with gold found in the forest. The better you fight, the more chances you have to be rewarded. 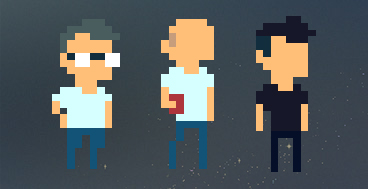 The team is made from an amazing co-op of gamers, devs, artists and friends. Learn more here. 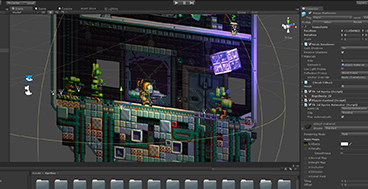 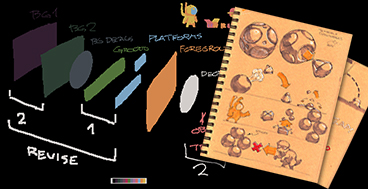